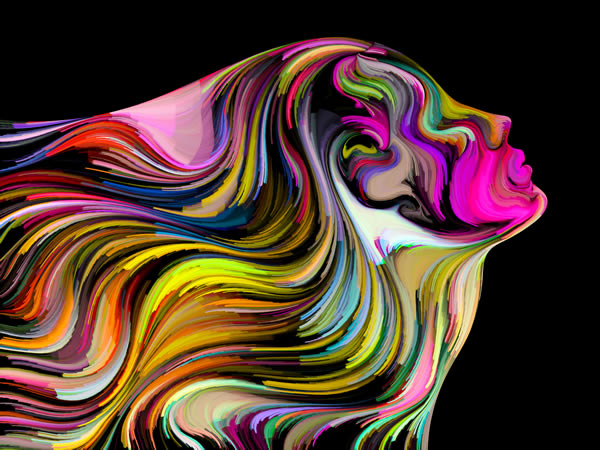 “The great problem of our time is that we don’t understand what is happening to the world. We are confronted with the darkness in our soul, the unconscious. It sends up its dark and unrecognizable urges. It hollows out and hacks up the shapes of our culture and historical dominants. We have no dominants any more… and our only certainty is that the new world will be something different from what we were used to.” – Carl Jung

In this quote from a 1960 letter to the art critic and historian Herbert Read, Carl Jung lays out a concern for the world that he had stated boldly in Face to Face, an interview carried out by John Freeman for the BBC. In the interview, Freeman, mentions Jung’s prediction of the second world war using his intuitive understanding of his own and his client’s dreams. Then he asks Jung if he foresees a third world war? Jung replies that he does not, but this twinkling-eyed great-grandfather speaks sternly that the great danger in the world at this time is humankind itself and its turning away from its own psyche.

In an earlier letter (1952 to R.J. Zwi Werblowsky) Jung sets out his own personal mission:

“I am, more specifically, simply a psychiatrist, for my essential problem, to which all my efforts are directed, is psychic disturbance: its phenomenology, aetiology and teleology. Everything else is secondary for me. I do not feel called upon to found a religion, nor to proclaim my belief in one. I am not engaged in philosophy, but merely in thinking within the framework of the special task that is laid upon me: to be a proper psychiatrist, a healer of the soul.”

In my books Healing the Soul and The Soul Speaks I have endeavoured to think within the framework of what I feel is my special task: to revision astrology through the lens of my work as a spiritual psychotherapist; to make astrology come alive again as a symbolic language capable of pointing to the beauty and power of the human psyche; to participate in a new world in which humanity does not run from its own shadow, does not deny its soul. This work emerged directly from the lives of the clients and students with which I worked. It was born of their, and my own, real needs.

In my relationship to the lineage of Roberto Assagioli and Psychosynthesis, I envisage the soul as a multi-dimensional energetic reality; a living being whose true origins emerge from beyond space and time but whose influence shapes the lives within which we live. The birth chart becomes a portal, a stained glass window, looking through to that vibrant world of soul. In that way, as students and practitioners of astrology, we can participate in the return to the world of soul. Through our own musings, our work in groups, and with individual clients in readings, we have the potential to recognise the depth of soul. And in so doing, to allow more of its beauty, power and love into this world. This is a Great Dream…

“What is the great Dream? It consists of the many small dreams and the many acts of humility and submission to their hints. It is the future and the picture of the new world, which we do not understand yet…” Jung (1960, letter to Herbert Read).

Every small act born of truth, every time we serve ourselves or another with our astrological (or simply human) understanding we add another small dream – all of which serve to make up the great one.