I write with gratitude after my latest travels to Belgrade, Minneapolis and Seattle to all who made those trips possible and all who attended and shared my work with me as it evolves. While teaching to a crowded room in Belgrade on the subject of Uranus as a signature of trauma and of liberation, a young man shared how he had skipped classes to travel across town because he felt the workshop addressed such an important subject. I had assumed he was a student, it later emerged that he was the mathematics tutor at the university and he had told his students to have the afternoon off – “There is something important I need to do…”

To share the work from Healing the Soul on trauma was gratifying and it produced a response from the class who were always pushing me to find new ways to discuss how to work with such trauma, how to heal. In a city with more than its fair share of traumatic experiences, Aleksandar Imsiragic has set up the Johannes Kepler Institute which sees Serbians, Croatians and Bosnians working together towards a brighter future. In this way I was pushed to draw upon my personal experiences from over a decade of work as a Psychosynthesis Therapist to describe the ways that I had worked with people to move them through traumatic experience to a sense of peace or understanding. I am grateful for that experience and what it drew forth from me.

I was then able to share the nature of projection in a talk on Venus and its higher octave, Neptune in which I presented the idea that love is that which is chosen when the romantic dreams and projections fall away, or are broken. In a wonderful book by Vernoica Goodchild, Eros and Chaos on the mystery on love (one that Rilke called “the work for which all other work is but preparation”) she shares a quotation from Isabel Allende from the book Paula that Allende wrote after the death of her daughter:

“Perhaps we are in this world to search for love, find it and lose it, again and again. With each love, we are born anew, and with each love that ends we collect a new wound. I am covered with proud scars.”

It felt important to include this therapeutic experience, drawn from me in Belgrade, as I gave an expanded version of the relationship talk ‘Soul to Soul’ which too place earlier this year in Minneapolis. Then at the Norwac conference in Seattle afterwards, I was able to expand further the therapeutic dimension via a talk about Saturn as representing an apparent limit or seeming loss that in being truly understood becomes the guardian of one’s potential and depth.

I had written the title for my keynote talk ‘When Two or More are Gathered’ without knowing that Norwac 2012 was planned for the Easter weekend and that the talk would take place on Easter Sunday morning! Even Phillip Sedgewick who always M.C.’s at the conference, tempered his usual acerbic attitude and all I had from him was a joke about the staff having to roll a boulder from the doorway of my room to allow me out that morning. In this talk I presented the idea that the therapeutic dialogue or Astrology reading takes place within a knowing field, in which both participants are equal and the idea that the empowered one (Therapist, Astrologer) heals the supplicant other (client) is a fallacy and that the best one can do is to hold a sacred space, a Temenos, in which the potential for self-knowledge and transformation can then arise from the field.

This core idea also seems to fit with the symbolism of the Pluto in Virgo generation as they begin to come into their own, a feeling throughout the balance of the speakers at the conference. The idea that there are extraordinary personalities that we must follow to learn, the myth of celebrity within the community of Astrology seems to be being eroded at least in part. We can see that celebrity represents the shadow of the Sun, the loss of self that so many feel within the rapid pace of the modern world so that they must live vicariously through the apparent light of others. 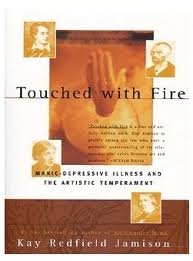 This is a point that becomes of critical importance to James Hillman the archetypal psychologist when in (The Myth of Analysis) he discusses the theme of creativity as something that is both over elevated and denigrated at the same time, by being made outside of the ordinary. The creative person becomes instead a curious hybrid of the inspired and the isolated, a dilemma that has been involved in pat in an extraordinary number of creative people suffering from mental illness, substance abuse and sadlychosing suicide (see Kay Redfield Jameson’s fascinating study Touched With Fire). Hillman is at his clearest and most passionate when he talks on this theme;

“…any notion of two kinds of psychology – one for you and me and one for the creative person – cuts off the creative from common humanity and you and me from creativity.

…Why must the person who lives largely in terms of the creative instinct be damned out of common humanity? And the reverse: why can’t the common man change his heroically romantic nineteenth-century concept of genius, so charged with ambition and envy, and be done with this fantasy of the extraordinary personality? Has not each of us a genius; has not each genius a human soul? Could we not find a similar extraordinariness within ourselves in our relationship to the creative instinct as we experience it? Even without artistic talent, even without the ego strength of great will, even without good fortune, at least one form of the creative is continuously open for each of us: psychological creativity. Soul-making: we can engender soul. Or, as Jung puts it: ‘But what can a man ‘create’ if he doesn’t happen to be a poet? … If you have nothing at all to create, then perhaps you create yourself.”

It is this self-creation as a shared emergence from the knowing field of reality that represents the therapeutic potential of Astrology at its brightest and best. In the post-conference workshop at Norwac, The Silver Path of the Moon, I changed my usual teaching of Pluto and then the nodal axis of the Moon to the position of the Moon and then the Moon’s nodes to show what the evolutionary journey was like on a felt level for the individual in their conscious process and evolution. In this way the natural compassion for the lived experience takes priority within the space of the reading and we can share with the client from the perspective of their feelings and conscious self.

After teaching all Easter weekend on the power of the knowing field the end of the post-conference workshop in a powerful synchronicity expressed this potential directly: I was sharing the chart of a man who when he was age eleven had a near death experience brought on by physical illness that he was able to understand many decades later as a shamanistic initiation, though at the time, a boy at school in a culture that gave no context for such an experience, he was left alone with the aftermath. Something that I was able to validate emotionally within the reading, the grief and loneliness of being set apart in the depth of his experience with no one to share it with, something that was moving held within our reading together. It transpired that a man within the workshop had also had a near death experience at age eleven, and more than that, he was exactly eleven years older than the man whose chart I was presenting and he had his near death experience in the week, possible even very day, that the first man was born. He had not shared this event in such a space before and it was moving for him to do so and for the rest of us to listen.

This occurred towards the end of our time together and in response I offered a brief spontaneous dedication to the infinite field and we closed the workshop in a space in which many of us just sat for a while, moved, even a little stunned. As someone offered “you cannot make this shit up!” – Throughout the entire conference I had been speaking of the power of the field and here it was speaking to and through us.

On my return to the U.K. the power of a therapeutic Astrology and its soul-making potential has occupied me and sees me outlining and beginning a new episode of writing to articulate that potential. My thanks to all involved. My intention is to continue to develop and articulate a vision of the therapeutic potential of an Astrology of Liberation that sees in the symbols that some have read as expression of fate as in actuality the potential of the truth of our Self: that it may appear that we are seeking out, when in reality it seems more likely that it is the truth inside us, the power of the Self that is drawing us towards it.

The Planetary Nodes Audio and Video