This is my first email newsletter and an update on what I am up to in 2011. Much is brewing over the next year and I'm excited to have a few opportunities coming up soon to spend some time with some of you in person at 2 great astrology conferences: NORWAC at the end of May in Seattle, and The Evolutionary Astrology Conference in Portland in November.

First of all thank you to any and all who have expressed interest in my work. To those explicitly that have requested information on online classes and tutorials, my apologies for the delay on those coming into being. But the delay is caused by a bit of good news. I have found the first quarter of the New Year dominated by writing my first book on Pluto, Uranus, the Lunar Nodes and Planetary Nodes which is now two-thirds written in draft form. Whilst there is still a way to go with it I am hoping that the book will be written, edited and published by the November Evolutionary Astrology conference in Portland, Oregon. 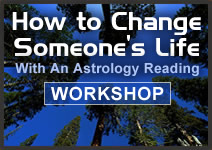 The online classes and tutorials will emerge: In fact a pause in the writing is imminent as a break before my trip to the states for the Norwac 2011 conference in May and my workshop How To Change Someone’s Life With An Astrology Reading in Portland in the first weekend in June (http://www.plutoschool.com/schedule). Then, after something of a break, I will devote time to creating the first block of online course material. I hope eventually to produce a body of tutorials linked to the chapters of the forthcoming book so that people can evolve at their own pace using both resources simultaneously.

As Pluto moves further into Capricorn we are now witness to the yearnings of many North African and Near Eastern peoples for a more democratic or flexible way of life and the great repressive forces of governments struggling to cope with such needs. This is the great distortion of Capricorn as the restrictive delusions of the few override the needs of the many. In a soon-to-be-posted blog entry (watch for it next week) titled Pluto the Goat, I discuss the secret yearning for freedom and spaciousness resident at the heart of the Capricorn archetype and its personal and collective relevance at this time.

In writing on the Planetary nodes I have come up against the significance of the Capricorn archetype for the whole of civilization through the Planetary south nodes of Jupiter, Saturn and Pluto being in Capricorn, which has roots in the cultural shift to Patriarchy and settled living around 8,000 years ago which essentially seeded the modern impetus of civilization. This arc of our current world culture is going to come under increasing stress and scrutiny as Pluto moves ever further into Capricorn and ever closer to conjuncting its own south node (2019) and the south nodes of Jupiter and Saturn (2019-21). Civilization is building towards a period of reckoning and necessary restructuring. Blessings to all in that unfolding. 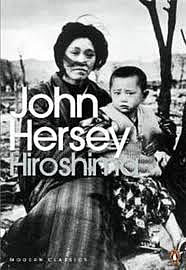 I am sure you have been touched, as I have, by the plight of the Japanese people and the fortitude and grace that they have expressed under terrible pressures. I experienced by own small version of the synchronistic significance of the Planetary nodes when I was writing on the chart of the Hiroshima bomb, which has a key point connected to the Planetary nodes of Neptune, Uranus and Pluto. I was writing this section the day the tsunami hit the eastern seaboard of Japan.

Part of the significance of the Hiroshima event chart can be found in Pluto conjunct the north node of Neptune: in seeing the terrible destructive powers we have unleashed at times (Pluto: plutonium being a ‘man made’ element from nuclear fusion) we encounter a necessary spiritual lesson (north node of Neptune) about our potential for good and for ill. There are enough natural disasters in this world, tearing through people’s families and homes without the terrible costs brought about by man’s seemingly endless conflicts. I was very moved by the footage of people searching for loved ones in the wreckage and burning parts of their former homes to stay warm in the freezing winter, and the bravery of the workers inside the power station risking all to protect others. I stopped writing for a while to be with that, and in a sense through the shock of what I had been writing about.

I have been very much impacted by a book called Choice Theory by William Glasser which was sent me by great friends in the states. It is not a poetic work, not a stunning read in that sense, but it makes a critical point about human relationships and suffering that seems profoundly true on both a personal and collective level. Glasser argues that apart from serious biological illness or extreme poverty most human suffering is caused by problematic relationships, which he defines as stemming from External Authority Control. On personal level he describes this as:

If we can just stop trying to control others, control and dominate the world (Saturn-Capricorn shadow) then the basis of many distortions that create and promote human suffering and bondage could be dropped as Pluto transits Capricorn.

To that end and wishing you all health and happiness.