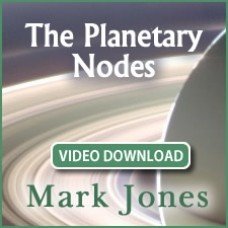 Just as the Moon has a south and a north node, so does every Planet. This little-understood aspect of Astrology adds tremendous insight to the birth chart. With the south node as the past, the Planet as the present and the north node as the evolutionary intention or ‘future’, Jeffrey Green originated a simple and powerful method for studying the evolution of every Planet in the chart, not just the Moon.

With the south node of Jupiter, Saturn and Pluto in Capricorn we see that fundamental issues with the nature of our civilization stem from the transition from a prior matriarchal society to a patriarchal form which, as Pluto transits Capricorn and eventually its own south node, sees us face a confrontation with our past and the direction we have taken as a civilization. The nodes of Uranus and Neptune add considerable insight to the collective situation, just as the nodes of the personal planets can show us hidden layers of meaning within the birth chart.