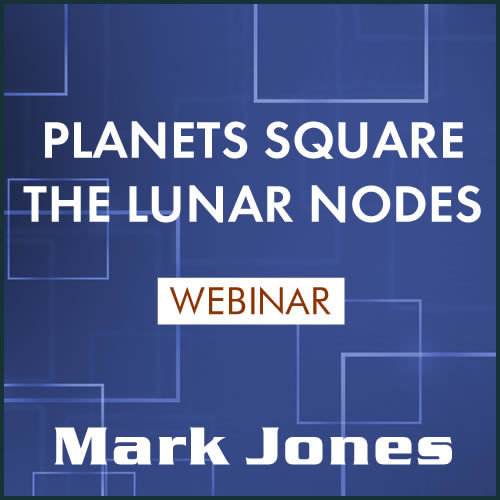 Join Mark Jones for a two-part webinar series on a key technique used in his astrological practice: interpreting planets that are square to the nodal axis.

A fundamental issue arises when planets square the moon’s nodes. This placement represents a core issue that is unresolved at birth, a so-called “skipped step” in the process of moving from the patterns described by the South Node of the Moon towards the evolutionary intentions symbolized by the North Node of the Moon.

The squaring planet represents issues that have interrupted the progression of development. Many patterns can emerge with such a configuration – one is that the person moves towards the North Node intention but easily falls back into well-trodden negative South Node patterns.

In this two-part webinar series, Mark establishes the main concepts of this technique and follows with suggested starting point descriptions for each planet in this placement.