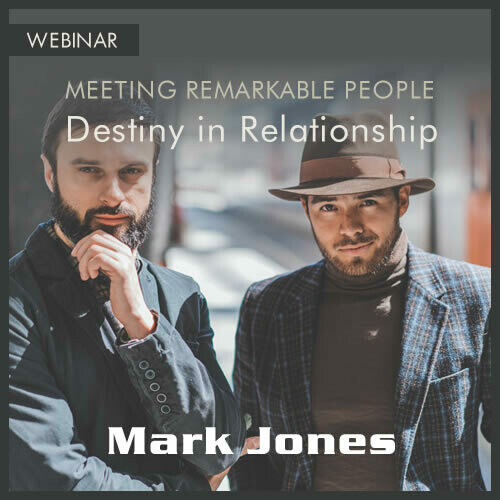 An Astrological Exploration of Destiny in Relationship

Expanding on his popular lecture for our last summit, Mark shares further analysis of the astrology of significant relationships.

In this webinar Mark looks at the moments that shaped the destiny of successful collaborators and eventual friends as well as moments of redemption, dashed hopes and relationship failure.

We will discuss the lives of two men set on a path of hatred, torture and destruction during world war two and the dramatic conclusion of a meeting nearly 50 years later as their lives once again cross paths. When two artists meet in Paris in 1887 it seems that they might become fast friends and collaborators, the mutual support that both seek to further their careers, and yet, the failure of their friendship contributed to the suicide of one of the world’s great artists as the other fled to the South Pacific to later die in lonely isolation.

On a more positive note, we will also look at the charts of two of the worlds most celebrated songwriters and the moment they came together as well a profound meeting between a teacher with the patience and vision to lead a young mute girl out of her lonely isolated world. And finally, another teacher of world class calibre, plucked from his family and home at a young age to be trained as the world messiah and his eventual disavowing from the esoteric and misguided motives of the scandalous ordained minister who discovered him.

By looking into these classic examples we might glean an insight into those moments in our own lives when the tide turns, however subtly, through the intervention of the spirit of relationship so that we can all be sensitive to this possibility in our own and others’ lives.

Join us for a fascinating journey as we investigate the astrology of these fateful events, the moments that shaped the lives of truly remarkable people.